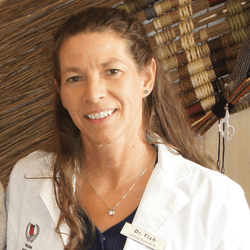 Windrose Naturopathic Clinic, now over 55 years in business, provides the ultimate in traditional naturopathic care. Her practice is a direct model of the clinical practice of Dr. O.G. Carroll which continues to see some of Dr. Carroll’s patients.In April, 2013, she was given the Dr. Kenneth Freeman Harmon Award for excellence in applying the core principles of naturopathic medicine in family practice.

In addition to maintaining a private practice, Dr. Zeff currently teaches at the Bastyr University, College of Naturopathic Medicine in Seattle.

After receiving a bachelor of science degree from the University of California in 1974, Dr. Zeff graduated from the National College of Naturopathic Medicine in 1979, and from the Emperor’s College of Traditional Oriental Medicine in 1987.

In 1988 he accepted the position of Academic Dean at National College which he held until 1993, when he returned to full-time practice.

Dr. Zeff is considered a traditionalist, practicing a classical form of naturopathic medicine. He began a private practice in McMinnville, Oregon, based around obstetrics and family medicine.

In 1993 he moved his practice to the Portland area, and in 2001 moved to Vancouver. He currently works primarily with chronic disease.

He was named “naturopathic physician of the year” in 1989 for his contribution to the development of naturopathic clinical theory.

In April, 2002, he was given the first lifetime achievement award of the Northwest Naturopathic Physicians Association for his contributions to naturopathic medical education. 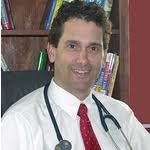 Dr Hogg is a graduate of the Southwest College of Naturopathic Medicine in 2001.